One of Sweden most interesting punkbands comes from Skåne and I think that we´re going to hear much about them in the future.

How did it come to you that you would play punkrock in this wonderful way?

-Me myself(Svegis,Bristles, Skalatones) wanted to play punk again and it have come to many good bands the last years. Of course the swedish bands like Voice of A Generation, Bombshell Rocks and the foreign bands like  Business, Dropkick Murphys, Rancid and Agnostic Front. These bands plays a punk which I always have liked and it´s near to my heart. Of course I wanted to be there myself and play something similar and then I talked to my old pals and we started The Negatives. I was tired of only playing skamusic with The Skalatones. So when I was down in Europe and played with Skalatones I noticed the interest for punkrock. Which was very positive for me.

It´s not so trendy nowadays or?

-Who cares about what´s trendy? I only play and then if it´s trendy or not I don´t care about.

Please tell me a little about the other members, age, bands before, bands beside and what they do when they don´t play?

-All the members without the drummer Johan Asp have gone over the thirty´s But who cares about age, look at Laurel Aitken, the old skaguy, he´s over 70 years old and he does tours all the time. So it´s hope for us too. We care too mcuh about age in this country but it´s the quality in the music which counts

Fredde Anderberg – Vocals, he was with us in Bristles D.C the Bristles-continue. He singed with DTAL on their first single, but he´s not on the cover. He singed with The rattlesnakes, a halfcoverband which we hade in the bad times in the end of the 80´s and the beginning of the 90´s. He haven´t been in any band for long before The Negatives.

Johan Asp – Drums, he have played with Plast and Shitbreed and many other death, grind metalband. He´s a very good drummer with a fucking groove. He´s the youngest in the band.

Måe Malmsten – Guitar, played with DTAL and he was the one who founded the band and he has played with Asp in many bands and he was in their latest band Shitbreed. He knows how a guitar will be treated and he´s a cool dude.

I (Michael Svegbrandt) plays bass and do some chorus(shoutings) Some of us works, some of us study anmd some of us are out of work. 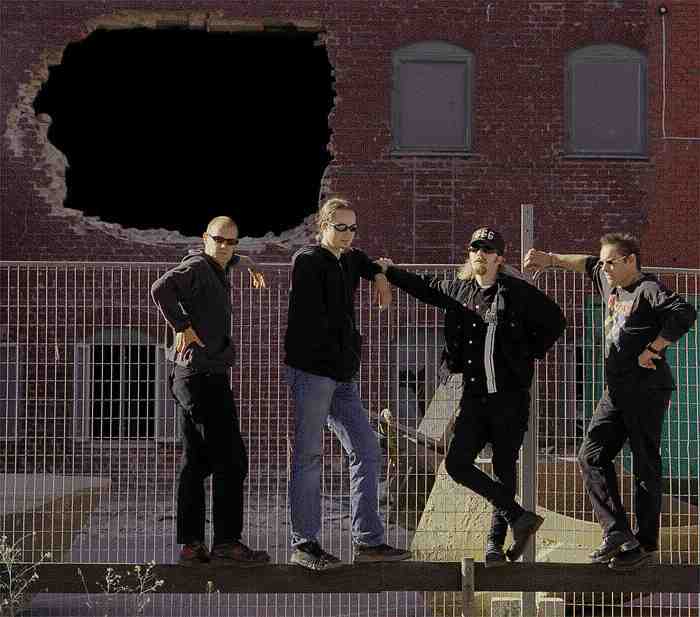 What does punk mean for you, is it any difference what it meant for you now and back then?

-The punk have been with me for 20 years ,so it´s my life. In the beginning you chocked people with the way you looked and maybe it was an uniform, but a cool uniform. All punks have very fun with each other and it´s maybe so nowadays too but I´m not so good at this anymore. But then it was only one punk and now it´s so much else like trall, oi, street, death, hardcore, crust and what the fuck all things are named. It´s not so good that it is so many different styles. It´s better to be united against the society. Back then was all new, and then I don´t know if I have called my self a punk , I have only been what I wanted to be and listened to punkrock. For me punk is to be engaged in  something. It can be to start a band, do a zine or a record company or protest against something you think it´s unfair(which everything in our society is) You must be the one who dare go against the stream, think as an individual. You can always change something with hard work. But all this things are difficult you can easily be one in the crowd. What I never have liked is that it´s money who is stearing the most things and controlls people lives. It´s not fair. The world sucks.

How do you look at the punkscene nowadays?

-It´s some american bands which have break through much in USA. Otherwise is it no difference from the past. It works on in the underground. People try to do their thing but as usual is Sweden too small that poeple can do anything here. People which is engage themself and put out records, make zines and put up gigs have difficulties because the country is too small and it´s hard to get any response.

Have you heard anything about a contract for Negatives?

-We´re going to release a vinylsingle on austrian label DSS soon. They have released VOAG and Bombshell Rocks to mention some.

What does the reviews say?

-We have only got positive reviews which is very fun. We´re proud that people put an interest in us.

-The usual early 80´s punkbands. It´s not so peculiar because it was then we played punk and it´s where we have our roots. But I have been in it since 77/78. So it´s the punk from 77-84 which is our biggest inspiration and thre our punkbandfavourites is. 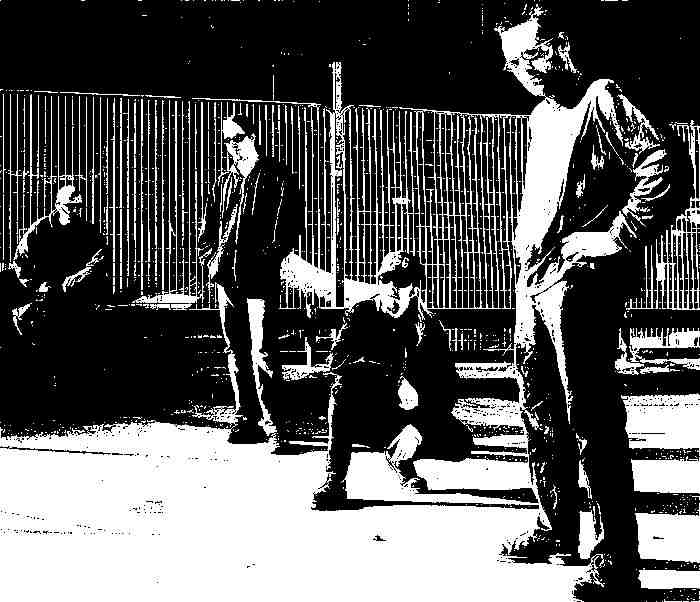 How much time do you put on Negatives?

-We do 100%. First will the ep come out and then are we going to play gigs and then we want to put out a fullength CD. And then we....

Do you have many gigs?

-we have done only one gig this far, but we wait til our ep is out. we have 5 gigs on the way out in Sweden in the winter.

How is a good concert with The Negatives?

-Full entertainment and pogo. The sound must be high and the band must be hungry.

What´s the best with being old in the game and what´s the worst with it?

best. You know how it all works, you´re good on your instruments, you know when you have done a good song, maybe it´s easier to get gigs, recordcontract, experince and so on.