One of my favouritebands Dead Boys Jeff Magnum have been so nice to answer some questions from me about nowadays and about the times which have been.

What was it like playing with the Dead Boys?
-JM:  When we were on it, there was no better band in America.  And when we
weren't, well I think ya know the rest.  Sometimes the audience would get a
little rowdy,  but there was no mosh pit in those days and people walked
upright and were civil.  I remember a show, however, in Providence, Rhode
Island at a place called Lupo's where the folks just threw everything at us
all night.  Ashtrays, bottles,  it was ridiculus.  I talked to a guy after we
finished playing and he told me they were SUPPOSED to act like that because
they read it in a magazine!  Marvy!

How was a good gig with the Dead Boys?
-JM:  Well, let's see here,  if at the end of a gig none of us (road crew
included) got arrested or beat up, and the club owner didn't charge us for an
entire PA system because of a couple broken mike stands, that woulda been a
really good show.

Favorite Dead Boys song?
-JM:  I played those tunes alot in my life and it would be difficult to pick a
fave, but any live version of a Dead Boys tune would be allright with me. 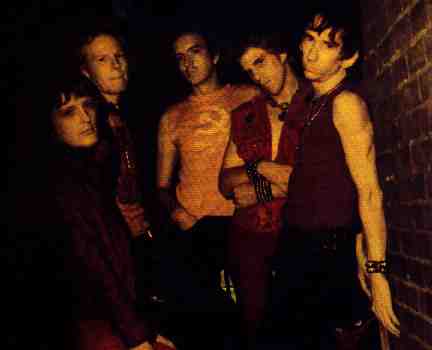 Favorite Dead Boys recording?
-JM: I like the "Twisted On The Devil's Fork" CD, but my favorite recording is
the 3 song "Frankenstein" demo from 1975.  That's the way we sounded, dammit,
raw and loud.  Those guitars were all the way alive and Blitz was a great
drummer.  People bitch to me about the "poor sound quality" and I always bust
out laughing.  That's precisely how we sounded on that day, and I love it.

Have you heard any new American bands that you like?
-JM: Not much.  Back in '98, a band called 30 Lincoln released an album called
"Avanti" that I still play.  To me, it's the closest to a "Dead Boys sound"
I've ever heard.  I like the Murder City Devils and a band called Satan's
Satellites.

Any Swedish bands you like?
-JM: The Hellacopters.  Kenny Hellacopter is a pal, and when they were here at
CBGB's the last time,  those boys rocked pretty good. 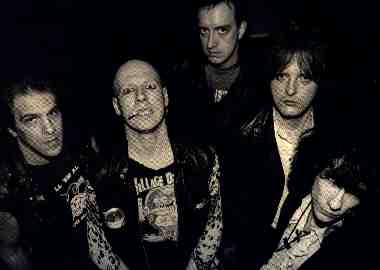 Favourite bass players?
-JM:   I grew up in the '60s listening to all the really loud, driving bass
players and discovered they could take a lousy song and push it all over the
place and make it listenable, to me anyway.  One guy was a master at this,
Jack Casady from the Airplane. He had tone and style and always kept things
moving. I listen to his playing all the time and I can't imagine what was
going on in his head while he was coming up with these really great bass
parts.  He was the best.

Favorite website on the Internet?
-JM:  www.findagrave.com    Be sure and check out the palace Telly Savalas is
resting in.

Thoughts on today's music?
-JM:  Oh man,  do you really need me to tell you that it's all horrible?
Popular music has always been bad for as long as I can remember,  but this
shit that sells millions of product to a brain dead buying public willing to
settle for anything,  makes me ill and angry.  Rock music today is so bottled
water slick, who in the hell could possibly give a shit?