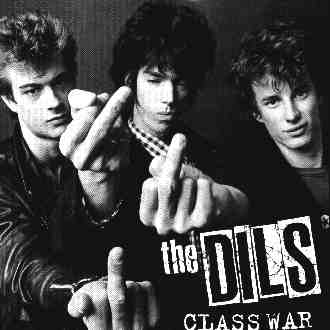 Please tell me the history about the Dils from the beginning to the end?
-We formed the Dills in 1977 in Carlsbad, California.  Moved to San Francisco
to make punk rock revolution.  Released three singles, "I Hate the
Rich/You're Not Blank", "Class War/Mr. Big", "Sound of the Rain/It's Not
Worth It/Red Rockers Rule".  Broke up in 1980 to form Rank and File.

Why did you come together and played punk?
-It was the only thing for an honorable man to do in 1977.

When did you do your last gig and why did you quit playing?
-We've never quit playing.  The last Dils gig was in 1980 at Blackie's in Los
Angeles.  Black Flag opened the show.

Not any plans to reform the group?
-No need to reform, Tony and I have never quit playing together.  The Dils and
Cowboy Nation are the same thing.

I have only the relase Class War from bacchus Archive, what have done
excpet that and how can I get them?
-Go to www.MP3.com  - you can download all of our music (The Dils, Rank and File,
Blackbird and Cowboy Nation).

How was the musiclife in USA back in the 70´s and how do you think it is
right now?
-It sucked then and now. 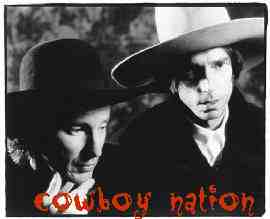 Is there any good bands nowadays?
-yes.....COWBOY NATION.

Are you listening to punk nowadays?
-Of course.

What does punk mean to day for you and what did it meant back in the old
days?
-It means attitude and revolution, not necessarily form.

I hate the rich, you sang back then do you hat the rich as much nowadays?
-Of course.

Which song was the most requested?
-See above.

How is to live in USA right now?
-The USA is great.

What+s the best and whats the worst of living in USA?
-The best is freedom.  The worst is too much government.

Whats the best and whats the worst of being in a band?
-See above. 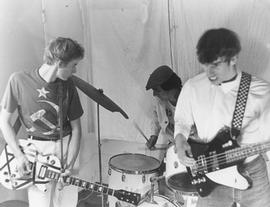 What do you do nowadays, something in music and what do the other guys do
nowadays?
-Tony and I have always played music, always will.  Not so sure about the
other guys.

Please tell me a little about every member which have been in the group,
age, family and what they work with now?
-I don't know.

Please rank your five best records, five best concerts you have been to
and five most important things inlife?
-My five best records are:  all the Dils singles, Sundown and Long Gone Dead
by Rank and File, first two Blackbird albums, and first two COWBOY NATION
records.
Five best concerts I've been to are Bob Marley & the Wailers, Ziggy Stardust,
New York Dolls, Ramones, and Merle Haggard.
Playing music with Tony are the five most important things in life.

I can think that some of your old record have been expnsive, what do you
think about that?
-Go to MP3 and download it for free.

What do you know about Sweden?
-I like Sator.

Have you heard any swedish bands worth to mention?
-See above.

What´s the most peculiar thing which have happened on stage or in the
audience when you have played?
-Once when playing with Devo and the Weirdo's, a scaffolding with a man on top
of it fell down and the guy got crushed.

When you did music, what was the most important,was it the lyrics, the
melodies or to have a refrain which people remembered?
-Tony and I have always tried to create a sound, an atmosphere.  Not just be
"any band".

Are you reading much about music, any thing to recommend?
-A biography on Brahms, a book called "Waiting for the Sun" about music in Los
Angeles from the 1930's to the present.  I can recommend any of Waylon
Jennings' old records, e.g. This Time, Ol' Waylon, Dreaming My Dreams.

What do you think about the new way to communicate with email and internet
and all that stuff?
-Love it.


When you get reviewed back then, what do you getting compared with?
-We were incomparable.

Something more to add?
-See above

Thanks alot!  Stay in touch.